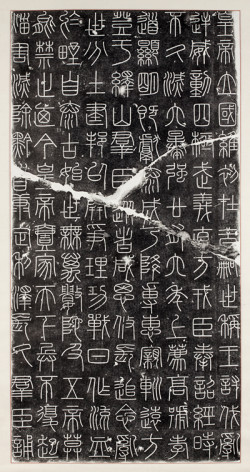 The Rietberg museum has an exhibit called The Magic of Characters dedicated to Chinese calligraphy. I took advantage of a rainy Sunday to visit it. The exhibit shows a range of artworks, from classical paintings and calligraphies to modern pieces, somehow related to calligraphy.

What struck me is the tension between the classical style which literally lasted for millennia, and various artists trying to escape that classical style in some way, while still being very influenced by it. Besides numerous art-pieces, there is also a calligraphy lab and some basic explanations on the Chinese character set. While the exhibit is not that large, I found it very well done. I certainly recommend the visit, in particular if you have not yet seen the museum’s permanent of Asiatic art.

The other temporary exhibit in the museum is Akbar’s golden legacy, a presentation of paining for the Mogul emperors of India. I found the pieces very beautiful, but the exhibit lacks the tension and structure of The Magic of Characters.