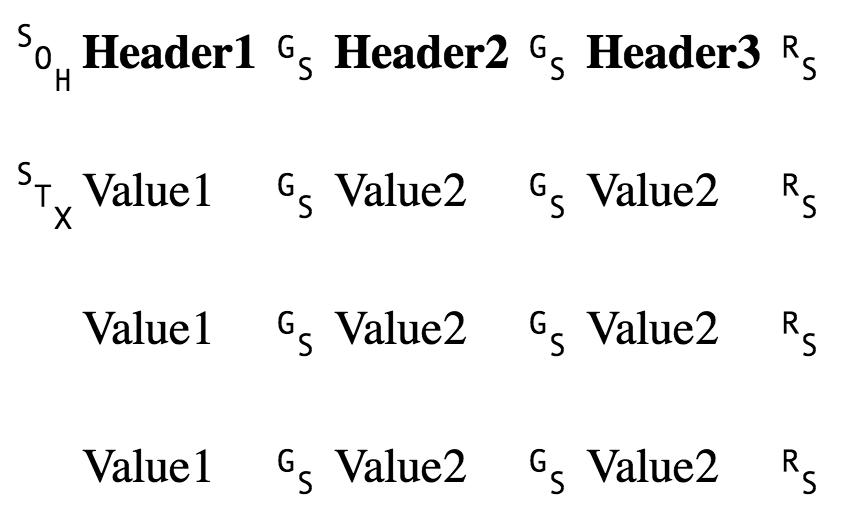 One very common way of passing data around in computer systems is the tabular format, multiple records that share the same, fixed set of fields. Often time, this kind of data is passed around in the dreaded CSV format, which more or less guarantees there are going to be escaping and parsing problems.

While human readable formats have some advantages, mostly that they are easier to debug by humans, but they also introduce numerous escaping problems, as the same set of character have to be used for both control and content. So humans can read the data, but usually get it wrong. With the advent of Unicode text, the idea of human readable formats has become even more problematic, as most text editors have trouble handling those text.

So let me propose the old-school record format, it has the following characteristics:

The file itself has two parts, the first contains the headers, the second contains the actual data. The header part starts with the start of header character (␁) contains C header names each separated by C – 1 Group Separator (␝) characters and ends with a Record Separator (␞).

The main issue of this format, is that it cannot be handled by text editors, but then again, writing tools that convert between this format and others is pretty trivial. So would be adding support to a text editor…